There were snakes in that river. That’s why we were never to go there alone. I never saw a snake, but I knew they were there. My mom said so. We had just moved here in June. We would have moved earlier but Mom said we had to wait for the end of the school year. Dad had a new job. …

Update, as promised 6/20/20: There were “a few” interruptions, but our girls Debra and Polly are moving along. The first four chapter drafts are feeling good. Only 26 or so to go! Back to work. More later!

Update 7/18/20: OK. Here’s the thing. I actually wrote this story as a nice little flash fiction piece. Then my amazing writers’ group friend Sara Fajardo, who writes, among other things, incredible childrens’ books, saw a middle grade novel in it. Well, it took a while for me to get what she was seeing, but she kept poking me about it until I finally started writing more about my young protagonist Debra. If nothing else, I decided, perhaps I had the beginings of a book of short stories. Ten or twelve short chapters into the novel that Sara believed I had to write, I woke up one morning with the realization that all the agonizing I had been doing over the plot was meant to show me that I had the wrong hero. Wow! So now that I’ve re-written all of my “notes to self” and sketched out a rough idea of where this thing is going, won’t it be fun to see if it now will proceed to “write itself!” Regardless of my path forward, I feel like I’ve already learned some pretty cool lessons, and I’m having fun doing it! More later!

Update 12/16/20: This probably would not have taken as long if I had known what I was doing. But what a fun learning process! It really is going to be a middle grade novel. I have finished the second draft, which is 50,000+ words – way too long. I got to the end last month and have been letting it ‘rest’ before attempting to review/ revise / edit / re-write / cut whatever it takes to get it closer to a submission-ready manuscript. Thanks to my amazing writers’ group, who have offered immensely helpful comments and suggestions, I am now ready to tackle Draft #3. Also I must tell you, this process seems to get easier and easier as time goes on. Now that I really know my people, it’s easy to predict what they’re going to do and say. They do it or say it, and I just have to write it down!

While letting River Stories sit for a while, I’ve been working on ‘Pura Vida.’ Same problem as when I started ‘River Stories’ – I don’t know the characters and story well enough yet, so the process is stupidly slow no matter how I approach it. But more on that later. Right now – off to do some editing!

Update 1/3/21: My current goal is to have draft #3 finished by inauguration day. It seems like a reasonable goal, and I like the idea of achieving a major accomplishment by the day we have Joe Biden as president. It’s going slower than I expected, partly because my writing partners have taught me so much that my standards and expectations for my writing are clearly higher than they were when I started.

Update 1/19/21: I made it! Draft #3 is finished – one day before Inauguration Day! Now what do I do? I can’t remember when I first wrote the short story that started this whole thing. I think it was over two years ago. Is that even possible? Remember last June when I said it would be thirty or so chapters? Right now it’s 59! It’s not because it got longer. It’s because I wanted shorter chapters. What a learning experience this has turned out to be! And it’s a blast!

The story is rather different from what I thought it was going to be when I started writing it. It has a different main character – but the same narrator. I thought I would never be able to write 40,000 words or more. It’s now still over 50,000 and requires some major cutting.

I’ll try to update y’all again as soon as I figure out where it’s going next.

Update 4/1/21: Last week’s meeting with my amazing writers’ group – The Tertulia Group – was dedicated to a deep dive into the needs of my book. After their incredibly helpful input – and positive encouragement, I am now seriously involved in the 4th draft. There are days when it seems like I’ve been working on this book forever. And there definitely are days when I want to be working on one of my other projects. But there are also days – every day really – when I am amazed at how much I’ve learned. I think of my creation of this book as my college degree in creative writing. Its publication will be the diploma. Would I recommend this approach to learning to write? Well, yes, but no. If you’re serious about writing, I would tell you to try to find a writer’s group that works for you (I hear another whole blog post coming there!). Without question this book (and the three others that I have started) would never have happened without my friends in the group. On the other hand, if I could go back to my college years, I would get out of the business school and become a liberal arts major. More importantly, I would write! Don’t wait. Write it now!

Update 6/18/21: The ‘final’ update of the book was interesting to do. I ended up cutting a lot of sections that I really liked but weren’t essential to the story. I killed off a few unnecessary characters, too. I didn’t really mind doing all the cuts because I felt that there were a few scenes that will show up again some day in another story, which means there’s another one out there just waiting to be written. After finishing the rewrite, I began searching for comps, which turned out to be a fascinating opportunity to get acquainted with some other middle grade novels. I started my search for potential agents, took a short course on how to find an agent, and then non-writing stuff got in the way. Husband in hospital. More weeds than flowers in our beautiful yard. Other stuff. There are still a lot of interferences, but I’m trying to find time to get back into the agent search. Polly and Debra need to be brought into the world. 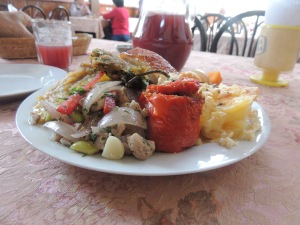