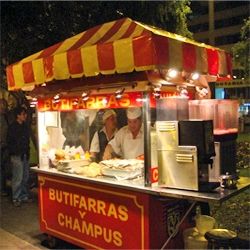 The “Foodie Culture” reigns in my city. There is food everywhere – on the street corners, in the parks. There are a couple of restaurants on every block it seems. Start a conversation with a taxi driver and the first thing he’ll ask you (since it’s obvious you’re a foreigner!) is “How do you like the food?” Everyone here seems obsessed with food. And with good reason. Peruvian food is the most varied, most delicious, freshest food in the world! OK, there may be folks from a few other countries who will want to debate that extreme statement, but no one who really knows Peruvian food will deny that it is way up there on the list of the world’s best foods!

Food on the Run 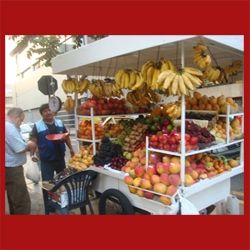 Lima has an unbelievable number of great restaurants, but some of the most delicious foods can be found no further away than the nearest park or street corner. Actually, in most neighborhoods, you don’t even need to walk to the corner. There’s probably something to eat right on your block! The many offerings are representative of Peru, and absolutely delicious! You’ll even find luscious fresh fruit right on the street. So if you’re in Peru for the first time, be sure not to miss trying the street food.

In Love with These Sandwiches! 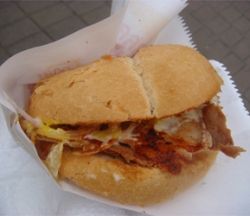 To be honest, I’ve never been that much of a sandwich person. I always figured that bread was a “filler” for when you didn’t have enough to eat! That attitude sort of changed when I moved to Peru. But maybe the rest of that story is better left for another day. A “butifarra” (boot-ee-FAR-ah) is a sliced roast pork sandwich. With salsa criolla, lettuce, mayonnaise and aji chile peppers. The bun is a hamburger shaped thing – but much more delicious – sort of like a French roll. If you’re in Peru for more than 5 minutes, you’ll learn about “salsa criolla.” It is a pile of thinly sliced onions, sort of cured in lime juice. And as near as I can figure out, there must be a law that it is used on everything! At least it always seems to appear on the table in restaurants. And it is served on butifarras and a whole bunch of other things.

Much More than a Meatpie 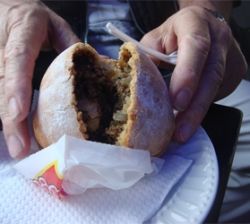 Another Peruvian staple snack food. The corner bakery (panaderia) where I have morning coffee sells thousands of these every morning for breakfast – and continues to sell them throughout the day. Usually stuffed with ground beef or chicken, they can also be found with cheese or sometimes ham and cheese or other ingredients. But it seems that the standard is the beef or chicken. Also tucked inside this yummy little pastry is a boiled egg, onion, olives and sometimes raisins. There must be millions of these things sold throughout the city every morning. A great way to start the day. Oh, and another Peruvian law! You must squeeze fresh lime into them. The little Peruvian limes, of course! Que rico! How delicious!

Wherever and Whenever You Need a Bite to Eat 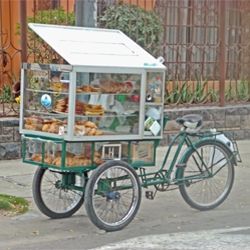 The first time I was in Lima, I was amazed that every morning when I looked out the window, there was a wheeled cart on the corner with a woman who sold all sorts of yummy pastries, including empanadas, on the street! She was there every single morning. And on many other corners around town, there were similar wheeled carts. Some of them seemed to stay in the same place until at least late morning, while others cruised through the streets offering their wares in neighborhoods along the way. How convenient, I thought, to have snacks so readily available! And besides that, not only were the pastries yummy, but the carts were so cute! 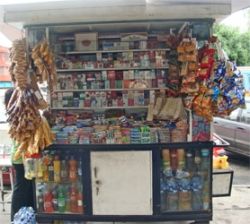 Limeños are busy people and often are on the move during the day – and the evening. Massive numbers of people always seem to be moving about the city. And since they are often on the sidewalks, either walking or getting on or off buses, it’s handy that most street corners seem to have a snack vendor. Little kiosks, packed full of merchandise, with just barely room for the vendor to sit inside and sell through the opening in the front, sell sandwiches, candy, crackers, chips, gum, salted nuts and all sorts of interesting snack foods. Sometimes they sell a lot of other things, too: bottled water, hats, sunglasses, and in one, I even noticed toilet paper! At some point, usually in the late evening, these kiosks disappear from the streets. I’ve often tried to figure out where they go at night!

Everywhere around the city – in parks, along the sidewalks – suddenly there appears a little kiosk containing a huge vat of hot bubbling oil. And behind it there is a woman picking up little pieces of dough in her hands and quickly forming it into a snake shape which is then joined at the ends to make a doughnut shaped pastry which is then dropped into the fat and quickly fried. Made with pumpkin flour, crisp on the outside and soft inside, they are served (half a dozen or so) on a paper plate with a puddle of sweet cane syrup for dipping. Scrumptious – and challenging during bee season! There are a lot of fabulous sweet desserts in Peru, but this one stays at the top of my list, partly because it is so yummy, and also because it is found outdoors where people congregate, which makes it fun food!

We Love Our Desserts, too! 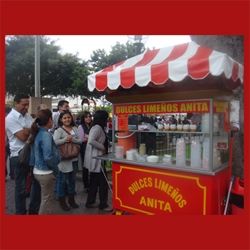 You’ll probably notice that you have to stand in line to try the delicious foods at the cute food kiosks in the parks. Peruvians appreciate this food, too. This dessert cart is very popular, and there’s always a line. Grabbing a quick sandwich, or other snack on the run, is normal here in Lima, so line up, start up a conversation with a neighbor – maybe practice your Spanish – and enjoy a taste of the local culture.

Warm Drink on a Cold Night! 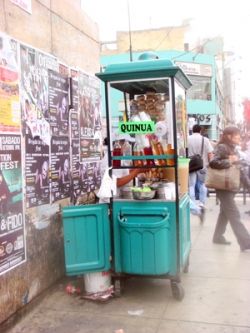 Standing on a street corner in central Lima, we discover a wonderful drink, new to us, but known to the Peruvians for thousands of years! Warm and satisfying, this delicious drink made with quinoa and a variety of seasonings, is something we’re going to have to try making at home.

Jess – Whatever Walked There

If my Instagram looks like I’m obsessed by food, you’ve discovered my other passion. I love good food, discovering new foods and restaurants and, sometimes, cooking. Living in Peru offers a never-ending source of new things to try.

There was an error retrieving images from Instagram. An attempt will be remade in a few minutes. 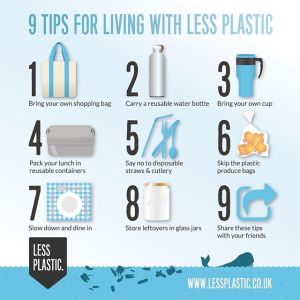